It took over 30 hours, but I finished Bleak House on audio book. I had high hopes for this one but I didn’t like it as much as I expected. There were some really memorable characters, but also some mediocre ones. Esther, the main narrator, is perfect in every way. Her companions are equally wholesome, and if they aren’t, they get epic death scenes. The plot is typically convoluted with the usual absurdities.

When it comes to Dickens, I tend to give his books either 5 stars or 3. I either really like his books, or feel unenthusiastic about them. Bleak House falls in the 3 star category. My favorites from the 5 star category are:
Our Mutual Friend
David Copperfield
A Tale of Two Cities
A Christmas Carol

Whereas the 3 stars include:
Oliver Twist
Great Expectations
Little Dorrit

Still on my to-read list are:
Hard Times
Nicholas Nickleby
The Pickwick Papers
Pictures from Italy

Any favorites I should add?

I am in the middle of quite a few books right now. The problem is time. I’ve been in the midst of several books for weeks and there are twice as many unread in my library basket but I don’t seem to be finishing them at my usual pace. I think I need to take a reading day. However, for now, here is what I am currently reading:

Legend by Marie Lu, Bad Feminist by Roxane Gay, Fierce Convictions by Karen Swallow Prior, Eats, Shoots and Leaves by Lynne Truss, Harry Potter and the Deathly Hallows by J.K. Rowling, New Collected Poems by Wendell Berry, and The 100-Year-Old Man Who Climbed Out the Window and Disappeared by Jonas Jonasson. I’m still working on An Autobiography by Agatha Christie and Jack by George Sayer.  I am re-reading Manalive by G.K. Chesterton and listening to Bleak House by Charles Dickens on audio book.

I don’t have much time today so I won’t go into the relative merits of each of these reads but there are some really interesting ones. And some less interesting ones. Hopefully you’ll see a few reviews with these names over the next week!

Stars Falling From the Sky

Two years ago, I put together a list of my favorite k dramas. The list is fairly out of date and I really should put together a new one soon. However, there is one drama on there that has stayed my favorite despite an influx of really excellent shows lately.  It is Stars Falling From the Sky. 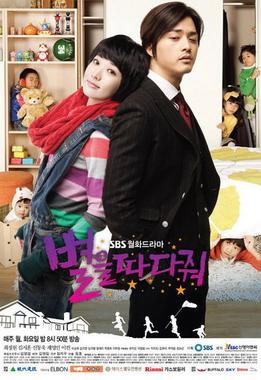 When a self-absorbed, 25-year old woman finds herself the sole guardian of five, adopted younger siblings, her world flips upside down. With no money and no place to live, she takes a job as a live-in housekeeper for her long term crush and hides the kids in his basement. Chaos ensues…

I rarely finish the k dramas I start, much less re-watch them, but I just finished watching this drama for the third time through. I found it as endearing as ever. This just might be my favorite drama. However, I do not think it is a drama most people will like. Filmed in 2010, it lacks the polish of more recent shows. The characters spend over half their time drinking or crying. The usual k drama stereotypes are all present, including the love triangle/square thing, and everyone is in a constant state of angst.

Everyone, that is, except the heroine. She doesn’t have time for angst. She is trying to feed and house five siblings. Her character arc is incredible. I love her affection for her siblings. She isn’t the only one with that arc, though. Re-watching this drama, I was struck by the fact that for a “romantic” drama, the real love goes to the siblings. There is an interesting contract between the characters with siblings (even just one), and those who are only children. Maybe because it is so rare to find big families or sibling love as the focus of pop culture, this story line really appeals to me.

The romance in this drama used to throw me off. Spoilers in this paragraph. The couple finally gets together in the second to last episode. In the last episode, the hero proposes…and gets turned down. This is not an uncommon move in k dramas. Usually the previously weak willed heroine then goes off for two years only to return within the last five minutes of the episode for an inconclusive reunion scene. (Thankfully this trend is less predominant in recent dramas.) However, the heroine in Stars Falling From the Sky is hardly weak willed. She doesn’t disappear. She is as determined as ever to provide for her siblings. In this sense, while the last episode is full of dramatic kidnappings and shocking discoveries, it provides a level of realism. Not everything becomes perfect because you’ve found a man and he proposes. In this last episode, we get to see the heroine standing on her own two feet while also learning to rely on the man who loves her. It isn’t Disney ending, but it is a satisfying one I appreciate more now that I am older.

Like I said earlier, I don’t expect most people to enjoy this drama nearly as much as I do. However, it was a pleasant surprise to re-watch it and discover I like it even more than I remembered!

I love fairy tale retelling and unique twists on traditional stories so when my Goodreads friends started freaking out about Hunted by Meagan Spooner, I knew this was a book I needed to find. In this retelling of Beauty and the Beast, Beauty is a hunter with one goal: killing the Beast who killed her Father.

No magic roses or ballroom scenes here! Unfortunately, neither is there quite as much adventure or action as I had hoped. The beginning is incredibly slow. While the ending picks things up and ties everything together, I almost didn’t make it that far. The third person, past tense writing style places a barrier between the reader and the characters that is hard to overcome. Despite being a hunter and fueled by hate for the majority of the book, Beauty lacks personality. Most of the characters do. They fulfill their roles but little else.

However, I like how the author handles the Beast. She both shows and describes his dual nature. The story does a lovely job with magic, fairy tales, and mythical creatures. If the whole book were more like the last quarter, I really would have enjoyed this one.

As it is, I didn’t dislike Hunted. I’d give it 3.5 out of 5 stars. Considering how well worn this story line is,  the author does something creative and really gives it a fairy tale feel. It is a nice addition as a Beauty and the Beast retelling, though perhaps less interesting as a stand alone novel.

Today I worked 13 hours and took 20,000 steps in high heels. I feel fairly brain dead. To give you an idea how brain dead, the cable guy at Wal Mart asked me who my cable provider was and I told him “I live at home so I don’t have to worry about it.” I think I meant something like, “I live with my parents” but it wasn’t until I had taken several steps that his, “you live at home?” finally processed in my brain. Whoops.

It was a good day, though. I plan to end it with some Remington Steele and no alarm clock. Take that, morning.

A lot has been changing for me lately and I will be free to say more about that in the next few weeks. For now, I just want to share in the vaguest possible way how grateful I am for those around me. I’ve been feeling some strain because I haven’t been able to share on this blog some of the emotions whirling around inside my head. Gratitude, however, is not one I need to keep contained.

I’m grateful for my family. Moving home after college could have been a really hard decision. I have never regretted it. My parents and siblings are incredibly supportive and kind. They put up with a lot from me and are fun to be around. Seriously, I have a wonderful family. I’m grateful for this time with them. I’m grateful for my extended family too. I have the best aunts and uncles and cousins and grandparents. It has been so nice to be near them, even if I do not see them all the time.

I’m grateful for my friends: both the new ones and the old ones. I never expected to find such community in my small home town. I’m grateful for continued friendships from college and high school. I’ve got to travel and visit and bond over the past two years with some really awesome people.

Though full of ups and downs, life is good. God is good. I’m grateful for where I am at.

My Half Priced Book Find…

GUESS what I found at Half Priced Books today. Here is a clue: it wasn’t a book.

I found none other than… 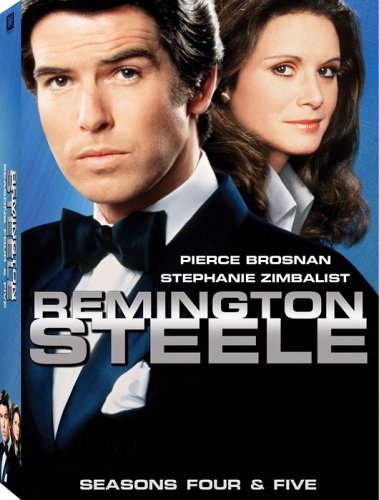 YES! YOU SAW THAT RIGHT. SEASONS 4 and 5! I haven’t been able to find this set used anywhere. I think this now means I own every season. I’m so excited.

My little brother just saw it on the table and went, “WHAT IS THIS AWESOMENESS!” I think someone is as excited as I am! Time to binge watch!