That is what I wrote in my journal at the beginning of this trip. I watched Mary Poppins Returns (2018) before going and loved the scene where she prepares the bath for the children. For a moment, Mary Poppins sheds her austere attitude and allows her excitement to peek through as she murmurs, “Off we go!” before tumbling backwards into the bathtub.

And that is how I felt headed to Thailand. An unknown adventure awaited! The song accompanying the bathtub plunge is called “Can You Imagine That?” I can honestly say that I would never have imagined what this past semester would bring! I saw some amazing sights, met some wonderful people, and struggled more than I expected.

With such a mixed experience, I wondered how I would feel on this last full day here in Thailand. Excited? Sad to go? Let down? Regretful that I did not do more?

Are you ready? Off we go!

Step 1: *squint at phone and click on a bunch of pictures*

Step 2: *upload pictures and then notice I chose a bunch of blurry ones*

Step 6: *realize I forgot to tag the right album and hurriedly delete everything*

Facebook then plays a game with me called, “How Many Inanimate Objects Can We Auto-Tag Your Face In.”

In other words, it tags me in every single picture. But it does not actually tag me. It claims I am a rock. A tree. A statute of Buddha. A cat. My friend Jasmine. So…

Step 12: *review Steps 1-11 and question if I am actually a Millennial*

I did the math and if you count my June deadlines as the end of the semester (since apparently the actual end is not the end here in Thailand), I’m wrapping up a six months semester.

I started school way before all my classmates in Wisconsin and am finishing months after they finished.

I am feeling really, really done with school right now.

But I am not done. I found out on Monday we have a group paper still due for Environmental Law (did I mention how much I hate group papers?) and a “self-assessment” for said paper (I am unclear what that means) and the two take home finals (I finally received a way to turn in the one yesterday but the other remains MIA.)

My motivation deserted me weeks ago. I know it would be better to finish these things up now (and in the case of the group paper, it is due Friday so I better finish it up now!) but I still feel beyond frustrated and beyond done with the whole business.

People kept asking me what I planned to do with this final week in Thailand. My friends in the other departments planned fun trips to neighboring countries. I wish I could join them or at least experience more of Thailand. But the uncertainty of my semester and the lack of communication from the main office meant I could not confidently say I would be free even after finals ostensibly ended. And sure enough…here I am!

(Hopefully this will be one of the last posts about me complaining about my semester! At this point, I mostly write them as reminders to myself for when I talk with my professor about how the year went. The people-pleaser in me will want to smooth over all the difficulties but I must stand firm for all future students who want to do this program!)

A glorious thought came to me today while I sighed in frustration at the lack of immediately available titles on my library app: in less than a week, I will have access to libraries again.

I think this past semester represents the longest I have ever gone without accessing a physical library.

Not that Thammasat University does not have libraries. Oh, it does. But like access to the WiFi, the office never quite got around to giving me access to them. You need to swipe your permanent ID card to get in. I asked for one. They promised it would come. And…nothing happened. (Incidentally, did I mention I’m still waiting for that take home midterm worth 25% of my grade? Any day now, folks.)

I stepped foot inside the law library a few times because a fellow student offered to vouch for me to the librarian guarding the front desk. Honestly, with an English section taking up about as much room as the Spanish section at your local library, I did not miss much. I already own quite a few of the volumes. (Water Law in India, Second Edition being a particular favorite.) But it is the principle of the thing. I need to breathe in books!

(In full confession mode, lack of libraries does not mean lack of books. I’m rounding out this semester so far with 160 books read since January. Not knowing anyone really provides lots of free time for reading.)

Most of the signs around my apartment complex are in Thai. However, there is one in English and it very clearly reads: “Don’t throw trash off your balcony or dry laundry on your balcony.”

It is a harder rule to obey than you would think. I air-dry everything. At first it was because I could not figure out how to use the dryer because the directions were in Thai. Then I realized the washing machine did a good enough job destroying my clothes without the help of a dryer. I think the main problem with the washing machine is that it washes everything in hot water. But again, all the directions are in Thai and I cannot find anyone willing to translate for me so I do not know if cold is even an option.

Thus, I hand-wash almost all my clothes. (Or at least the ones I like and don’t want destroyed!) It takes all day and leaves me with an entire wardrobe to air-dry. But not on the balcony!

At the moment my entire apartment smells like detergent and damp clothing. I will not miss this part of living in Thailand. 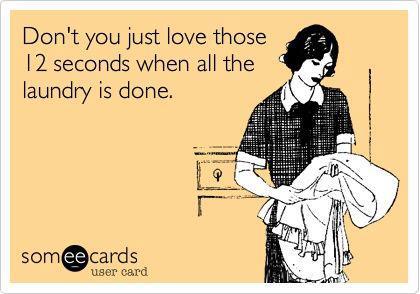 I feel like I leveled up again in my Thailand experiences. After living here 5 months, I finally found a place where normal people shop.

See, prior to today the shops I found fell into two categories: Wal Mart or Prada. Either you go to Tesco or Circle C and get cheaply made clothing for a cheap price or you visit a super pricey mall and pay through the nose for something of extremely good quality. Which really begs the question, where are the Kohls? The Targets? The Shopkos? (Sob, Shopko is bankrupt.)

Today my friend took me to a mall I had yet to visit and I feel like I finally found where normal people shop. Like most malls here, it topped 6+ stories. Unlike the malls I previously visited, however, it lacked organization. Basically, imagine the chaos of an outdoor market but indoors. But with affordable prices. And better quality clothes.

In a sense, it reminded me of visiting Goodwill. You never know what you will find and you cannot return it. Except you also cannot try anything on because this is Thailand and for some reason trying on clothes before you buy them seems a foreign concept outside of high quality malls.

But I am pleased. I may have less than a week to go here in Thailand but I’m still learning new stuff!

Today I did something totally uncharacteristic for me: I began packing.

Now, a normal person would probably have started packing a week ago. But when it comes for preparing for a trip, I am my Father’s daughter: I pack the night before (and sometimes, the morning of.)

But I am so ready to go home I actually pulled out the suitcases and started filling them!

The thing is, I don’t know how normal people do this? Like, what am I supposed to do with the clothes I want to wear over the next week? And what if I change my mind about which bags to use? And where do you put things you need right now but don’t necessarily want in a carry-on? THIS IS SO HARD.

10 more days and I will be back in the land of the free! I’ve been singing patriotic songs since March. (My neighbors will probably request my expulsion from the apartment complex if they have to listen to one more round of ‘You’re a grand old flag you’re a high-flying flag and forever in peace may you wave…‘)

Lucky for them, I have only 7 more days here! I booked a quaint hostel for my final night and then airplane food here I come. Thailand has been an experience and I am grateful for it in many ways but I will be even more grateful for it once I’m home hugging all my loved ones!

Today I completed my third in-class final and hopefully spent my last day on campus.

While I previously listed some of the absurdities of this experience, the craziness continues.

For example, in yesterday’s final one of the proctors came in and began speaking Thai. I stared blankly at him for a while hoping he would notice not everyone was following. Eventually I gave up and went back to taking my test. He finally recognized me after about ten minutes, however, and explained that there was confusion as to how much the final was worth.

The professor informed the office that our final was worth 10%. Someone apparently did the math and realized it did not add up. We gave a presentation worth 20% at one point but that still left 20% of our grade unaccounted for. The office spent the entire 3 hour test trying to get hold of the professor to clarify what the final was worth.

She sent a message after the final to inform us that, yes, the final was worth 10%. The missing 20% was going to be credited to us as a full score…just because, I guess.

Today I had another final. Once again the proctor spoke Thai. I finally got sick of waiting for him to notice me (for the record, this person works in the office and sees me almost every day so he cannot claim to not know my language limitations. Also, this is an English program.) I finally waived him down and requested a translation. Apparently there was an error on the final exam and he wanted to make us aware of it. A helpful heads up.

As for my take home exams, they remain up in the air. I finally e-mailed the office to ask when we would receive one of them. They said it would come whenever the professor decided to send it. The professor claims he already sent it. My classmates just shrug and say it isn’t due till June 15th anyway so no rush.

I received a copy of my other take home exam but still have no way to turn it in. The professor says he asked the office for a link for us to turn it in. The office (you’ll never guess) claim they never received a request. And, yes, my classmates do not care because it also isn’t due till the middle of June.

The calm way everyone handles the situation makes me wonder if I am the crazy one and everything is normal. But this cannot be normal. Right? Right?

Literally everyone at Bible study: “Whoah, Amy, are you wearing a school uniform?”

Me: “I know it makes me look like a middle schooler.”