A K Drama Evening (sort of)

Since I am in the middle of a couple different currently-airing Korean dramas, I decided yesterday to re-watch one. Alas, the process went something like this…

Me: I’m going to pick a favorite drama to re-watch! How hard can choosing one be? I really love Who Are You. I can re-watch that one.

Also me: But…I really love Master’s Sun, too. And Stars Falling From the Sky. And Healer.

Me again: Why not finish one I started and stopped watching? I got too emotionally invested in I Hear Your Voice so I quit, but that was years ago. I could try that one again.

Me: If I’m going to finish a drama I got too involved in, I should finish Shut Up Flower Boy Band.

Me: Better not put myself through that.

Me again: Start a new drama! How about the classic Shining Inheritance? Or I Am Sam.

Also me: Finish one you quit! Finish High School King of Savvy!

Me: Bethany hated that drama.

Me: I’m going to go with Who Are You. There. Decision made!

Me again: Which episode?

Me: Obviously I’m not finding anything on DramaFever. Better check Viki.

Repeat the above scene times 10.

In the end, I didn’t watch anything! I went to bed.

The struggle is real.

It’s a not-so-secret fact that I love Korean dramas. Given the opportunity to watch an American TV show or a Korean drama, I will pick the Korean one almost every time. I like the storylines that wrap up in 16 or 20 episodes, the general lack of swearing and sex, the glimpse of another culture and the feel of a new language.  I like the strangely obsessive but endearing community that develops around the plots. Korean dramas open up another world within my world; they provide entertainment, yet also express an ethos beyond my familiar Western culture.

Your favorite stories express something about you. I have predominantly focused on my favorite books.  However, the time has come to announce to the world (or at least my blog readers)….

Here are my Favorite Dramas* (in descending order)**

9. Dating Agency: Cyrano
Episodes: 16
Plot: The Cyrano Agency provides dating advice and assistance for people with hopeless crushes. They feed lines, arrange meetings, and make true love happen. The leader of the group is a Realist. His latest hire, and the only female member, is a Romantic. Predictable conflict ensues!
I really enjoyed the 2010 movie Cyrano Agency and this drama functions as a “prequel.” Each episode follows a new couple helped by the agency.  In some ways, this show is entirely cheesy and the hero isn’t my favorite. However, the storyline kept me hooked and secondary characters made up for an awkward main couple.

8. Monstar
Episodes: 12
Plot: When a pop star gets suspended from his band for anger issues, he enrolls in school to change his image. While there he collects a group of musically gifted underdogs around him and together they challenge the school’s musical elites.
High school musicals are nothing unique, but Monstar’s beautiful soundtrack and realistic, psychological portrayal of bullying, abandonment, and hope stole my heart. A very talented group of actors make this comparatively brief drama worth the time.

7. Heirs
Episodes: 20
Plot: A young woman (“the heir to poverty”) follows her sister to the United States from Korea in hopes of a better life but finds herself worse off. During her time in the US, she meets a young man who is the heir to a large conglomeration and part of the top 1% of Korean society. The drama follows their romance and the “friendships, rivalries, and love lives” of the other heirs of Korea’s elite.
Some of my favorite actors (and actresses!) play main characters in this drama. It is hard to summarize because of the many intertwining subplots, but Heirs represents a recent development in K-dramas emphasizing character psychology. Watch it for the bromance, the ugly sweaters, or just plain Lee Min Ho. I think the drama lived up to the hubbub surrounding it. 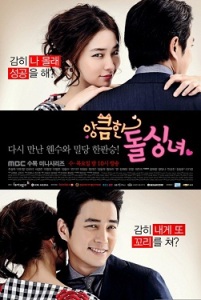 6. Sly and Single Again
Episodes: 16
Plot: Three years after their divorce, a woman discovers her ex-husband has become the very successful CEO of his own company. She decides to seek revenge on him for leaving her penniless and in debt… by making him fall in love with her again.
This drama contrasts the miscommunication and pain that tear a marriage apart with the power of hope and forgiveness. Despite very difficult, deep themes, it manages to remain light hearted and fun. Yet it isn’t all comedy: the story portrays the very raw emotions that come from a divorce. Really well done (and having the ever attractive singer L play the secretary was not a bad move at all).

5. Who Are You?
Episodes: 16
Plot: After waking from a coma, a detective discovers she can see ghosts. Reassigned to the Lost and Found Division, she seeks to solve the murders of the ghosts whose objects are in the office. At the same time she begins piecing together what happened to her and the detectives that died six years earlier.
Romance, mystery, horror, melodrama, fantasy… this drama has it all (including a very satisfying ending). A very well developed storyline and great acting make this worth the time, especially if when seeking a break from Rom-Com angst. 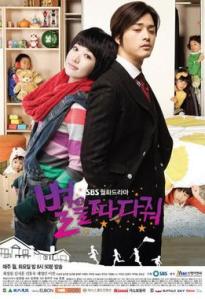 4. Stars Falling From the Sky
Episodes: 20
Plot: When a self-absorbed, 25-year old woman finds herself the sole guardian of five, adopted younger siblings, her world flips upside down. With no money and no place to live, she takes a job as a live-in housekeeper for her long term crush and hides the kids in the basement. Her employer and his brother are womanizing bachelors with their own painful pasts.
I don’t know how to make that plot sound non-sketch, but this is one of my all-time favorite dramas. It has incredible character change for all the main characters. I love, love, love the sibling relationships. The drama is full of great themes like hard work, independence, and family bonds. 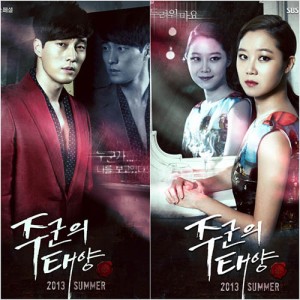 3. Master’s Sun
Episodes: 17
Plot: Because of a near death accident, a woman can see ghosts and the they plague her until she solves their grievances. Because of this, she lives on the outskirts of society and barely sleeps. One day she meets a cold-hearted CEO whose touch makes the ghosts disappear. He seems like the perfect solution… but he wants nothing to do with the crazy lady.
I am not typically a horror fan. It took me several tries to get into the story; it starts out pretty scary. Once I began, though, I was hooked. The drama does an incredible job with character development and exploring psychological themes. It balances several subplots within one greater story. I love the costuming: the heroine’s dresses reflect her mental stability. However this drama isn’t only deep and artsy… it’s fun to watch too! 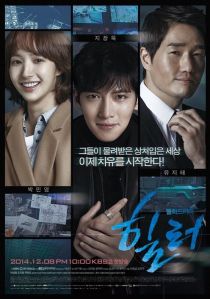 2. Healer
Episodes: 20
Plot: Many years ago, five friends ran a pirate radio station. Then one event changed everything. Now, over twenty years later, two of the original five are dead. One is AWOL. One is a paraplegic. One is rich. It falls to a night courier, a famous journalist, and an online reporter to piece together the clues of their past and unveil the secret of what happened — a secret many are willing to kill for to keep hidden.
This drama is my latest favorite. It combines action, romance, and mystery. The flashbacks are really well done. Unlike some Korean dramas where stupid miscommunication or filler episodes slow down the plot, Healer did a great job keeping the characters intact and storyline moving. This main couple really stood out.

1. Rooftop Prince
Episodes: 20
Plot: When someone murders a crown-princess in the Joseon era (1700s), her husband and three of his retainers vow to find her killer. In the process they get sent 300 years in the future (modern day) where they find a woman who looks just like the murdered princess… only she has no idea who they are.
This drama contains history, romance, comedy, and mystery. It will make you laugh. It will make you cry. It will give you feels. Though you have to battle through bad hair and occasionally slow episodes, the ending makes it worth it. While newer dramas may provide deeper characters, better graphics, and superior twists, Rooftop Prince offers a timeless storyline that is, at its essence, a classic. I get warm fuzzies just thinking about it!

So there you have it, some of my favorite storylines. It has been neat to watch Korean dramas improve over the past few years. If you don’t mind reading subtitles, I strongly recommend giving a drama a try. If you watch Korean dramas already, which ones are your favorite? Have you seen all the ones on my list?

Be prepared. Now that I have unleashed my interest in Korean pop culture, you will see more from me about it!

*These are my current favorites, though I’m watching two right now that might make it on the list at a later date depending how they end (Arang and the Magistrate and Hyde, Jekyl and I)

**Technically, Boys Over Flowers could be on this list. It is the classic, starter K Drama. If you are going to begin anywhere, that is the one to go with. However, it isn’t one of my All Time Favorites and this list is all about me! Maybe someday I’ll make a list of Required Dramas and BOF can top the list.