My favorite reads from 2017…continued!

David and Goliath: Underdogs, Misfits, and the Art of Battling Giants by Malcolm Gladwell

Gladwell “looks at the complex and surprising ways the weak can defeat the strong, the small can match up against the giant, and how our goals (often culturally determined) can make a huge difference in our ultimate sense of success.” An interesting, challenging read that explores the takeaway lesson of a relatively familiar Bible story.

Across a Star-Swept Sea by Diana Peterfreund

A futuristic, sci-fi retelling of The Scarlet Pimpernel. I’d give the plot about 4 stars but the characters definitely bump it up to 5.  I love the characters. The author does an amazing job capturing the spirit of the The Scarlet Pimpernel but with a gender-bender twist. The science talk occasionally bogs the story down, but it was nice to have a YA book that “makes you think” while telling the story. Politics, science, moral responsibility, right and wrong, good and bad…it is all to be found hovering at the back of the characters and their actions and decisions.

Grounded: The Adventures of Rapunzel by Megan Morrison

Book 1 in the Tyme series. Rapunzel retelling…starring Jack and his beanstalk. This is one of those books you have to stick with all the way through. Rapunzel starts off as a very annoying, naive, rude character who doesn’t know a map from a mother. However, her character arc is wonderful. The story is much more nuanced than most fairy tale retellings. Lovely world building and almost no romance!

Disenchanted: The Trials of Cinderella by Megan Morrison

Book 2 in the Tyme series. Though billed as a “Cinderella retelling,” this book breaks from the usual Cinderella mold and has very little to do with the original story. It has a bit of an Ever After High vibe going but it transcends that with really solid, interesting characters and social justice themes. (A YA novel with a couple interested in something other than each other! Hurah!) That said, if I have one complaint with this book, it would be the romance. Overall, unexpectedly enjoyable.

The Darkest Corners by Kara Thomas

Tessa and Callie have never talked about what they saw that night. After the trial, Callie drifted and Tessa moved. But Tessa’s return unearths buried memories and questions that don’t add up…leading back to the night of the murder. My Caveat: I’d give this book 5 stars for its genre. Not sure 5 stars compared to books overall. However, as a psychological thriller, I really enjoyed this one. It has deep, meaningful characters with twisted, broken personalities. There is no unlikely romance and there are strong, female friendships. It is creepy without being overwhelming.

I Believe In A Thing Called Love by Maurene Goo

Desi Lee can accomplish anything as long as she has a plan. Soccer? Student body elections? College applications? She has it down. Coming to terms with her non-existent love life, Desi decides the problem is that she hasn’t put together the right plan. And what better place to find a plan than in a K-drama? I am obsessed with K-Dramas so I loved all the references. But really, I loved this book in general. Desi could easily have been a goody-two-shoes character. Yet somehow she comes across as relatable and hilarious. While her behavior at times is downright crazy, all she had to do was reference a drama and I was totally for the plan. Why not stage a car accident or create a fake love triangle?

Loyalty and Legislative Action: A Survey of Activity by the New York State Legislature 1919-1949 by Lawrence H. Chamberlain

This book focuses on three legislative investigations of “subversive” activities conducted by the New York legislature. While that doesn’t sound like a topic you’d want to curl up with in a rainy day, I found it surprisingly readable and interesting. What continually surprised me was how relevant the book was. Though specific examples may no longer apply, the government’s actions and arguments are only too familiar. From John Doe investigations gone horribly wrong to the overuse of (possibly illegal) warrants, the general facts sound eerily like something you would hear in the news today.

Good To Great: Why Some Companies Make the Leap…and Others Don’t by James Collins

A business book full of interesting case studies and general principles for building a successful (“great”) business. Like many books in this genre, I enjoyed it because I saw elements of Good Profit in it. Since I love Good Profit, I was bound to like this one too. Overall a bit dated but intellectually engaging and well worth the time.

I don’t normally like poetry, but I loved this little volume of poems. Parker is cynical, depressed, and heart-sore yet so real. She is occasionally trite and sarcastic but rarely dull. Sad, beautiful poetry.

Sir Gareth Ludlow has decided it is time to marry…but on his way to propose to his childhood friend, he meets a lovely young runaway! Determined to return her to her family, he enlists the help of his erstwhile fiance. Chaos ensues. This is a fairly standard Heyer plot yet perhaps one of her better uses of it. A fun, romantic romp!

The Quiet Gentleman by Georgette Heyer

Gervase Frant returns from the wars to claim his inheritance and take over the family estate. His family accept his return with hostility. Several “accidents” later and Gervase starts to wonder…do they hate him enough to murder him? This book perhaps deserves closer to 4 stars because the mystery is quite clunky. However, Gervase is charming and Miss Morville, the leading lady, absolutely wonderful. Another charming Heyer read.

“I was twelve years of age when I chopped of my hair, dressed as a boy, and set off to save my family from ruin. I made it almost to the end of my front garden.” So begins a charming, fun story about a girl who discovers she has magic and tries to use it to save her family’s waning fortune. Kat was a likable, spunky heroine and I loved her relationship with her sisters. The whole book kept me guessing with its twists and turns. A creative, magical adventure set in the Regency era written for middle schoolers.

Megan Whalen Turner is seriously the best. Thick as Thieves is book 5 in the Queen’s Thief series and let me tell you, it is just as good as the others. I won’t say much more because spoilers. If you haven’t already, go pick up The Thief. It is slow at first but worth it for the end. (And the rest of the books.) Definitely one of my favorite fantasy series!

Sixteen-year-old Alison lives in a mental institute for teens, having murdered the most perfect and popular girl at school. But the case is a mystery: no body has been found. According to Alison, the body just disintegrated. But that’s impossible…right? This book particularly stuck out because I went in assuming it would be another YA fantasy and it turned out to be sci-fi. While this jarred with a lot of readers, I enjoyed the switch. The novel avoids most cliches and really nails the YA genre with its originality.

And what actually happened?

…Kind of depressing, really. The last time I read so few books it was 2010. And in 2010 I wasn’t really keeping track of what I read, so I might actually have out-read myself then too. I had high expectations for this year…but then I went to camp. And then I went to law school. I guess I have an excuse!

This year I read: 40,247 pages. (Only down 1,162 pages from last year.)  The longest book was Civil Procedures: A Coursebook by Joseph Glannon (aka…my Civ Pro textbook) at 1,287 pages. The shortest book was Enough Rope by Dorothy Parker at 110 pages. My average rating was 3.2 stars.

Keep an eye out for my annual 5 Star Favorites…coming soon!

Last Sunday my Catholic roommate took me to mass at her church. The new University Catholic Center on State Street is beautiful and includes lovely, soaring spaces, interesting mosaics, and ornate bookshelves without enough books. (I did spot a few works by C.S. Lewis, though, so it passes muster in the end.)

My other (non-Catholic) roommate also came along. She was a bit slap-happy from lack of sleep. When we walked into the sanctuary, she looked at the large mosaic of Jesus and loudly said, “Jesus wasn’t white!”

I was more puzzled by the peacock designs everywhere. I still haven’t gotten an answer about why those are a thing.

Then the priest began speaking and he sounded just like Thor.

To be honest, I didn’t pay much attention to what he was saying because I was so distracted by that. There was guest priest also present who looked like a movie actor, but I couldn’t remember which one. Maybe Rufus Sewell. 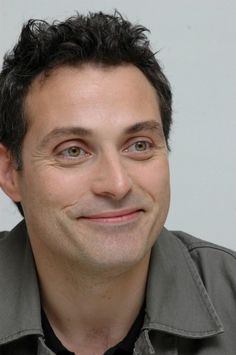 (I’m pausing here in annoyance because that isn’t what he looked like at all but I can’t figure out which actor he does look like. It was someone villainous. And dark haired.)

The service ended with a prayer to St. Michael the Archangel. I wanted to know how an archangel could also be a saint so I asked a priest (not the one who sounded like Thor or the one who looked like a movie actor but a third one.) He gave me a half answer about how the word saint = santos = holy and then told me I should become a nun.

This statement came so abruptly that for a few seconds I wondered if I had stumbled into a charismatic Catholic church and if this was a word from the Lord. Then he suggested my roommates also become nuns. And the girls around us waiting their turn to talk to him. In short, all young women should become nuns. He went on for some time about the benefits of celibacy.

I don’t necessarily disagree, but I’m probably not going to become a nun.

Catholicism does run in my veins, though. One of my ancestors was the child of a Catholic priest and his housekeeper. I told this to my roommate but she didn’t get it. She kept asking how a priest could have a child. I didn’t feel like explaining that one.

Overall, I enjoyed my experience attending a Catholic mass. They gave out dark chocolate at the end. I don’t particularly want to go back, though I enjoyed the theological discussion (and the chocolate.) Also I can also now answer people who ask me why I don’t have a boyfriend with, “I’m supposed to become a nun.”