Upside to having my sister as a roommate during finals: she cleans and occasionally cooks so I don’t live in squalor and I occasionally eat real food.

Downside to having my sister as a roommate during finals: she eats all my study snacks!

Quote: “It isn’t like I ate your peanut MnMs! And those have been calling my name.”

A Thank You Every Day of Finals (Just…Not On Here)

I’ve been feeling quite negative about finals this semester–and law school always–so I decided to do something about it. I challenged myself to publicly thank someone every day of finals on Facebook that I would not normally thank but who somehow touched my law school life.

The first day I chose two classmates who I sat by me my first year of law school.

Today I chose someone who gave me good advice about law school in high school.

And honestly, my plan has worked well. Thinking about all the people who cheered me on over the last 3…or 10…years has really shifted my mindset.

I’m dead tired tonight from work and dreading my final Friday but I’m cheered up thinking of who to recognize tomorrow!

It is Mon…Tuesday? Wednesday? Tuesday. I don’t know anymore, but I do know I have a lot to do and not a lot of time to do it.

And even then, I feel like I spent an inordinate amount of time in discussion group saying, “That’s a great question. I will check with the professor and get back to you.”

My friend special-requested a blog post reflecting on my TA experience, and as today is my last day leading discussion groups, I thought it might be a good day to fulfill the request. I actually think I might write a more thought out response once I have a few weeks (or months) distance from the experience.

But I feel like my experience with Nietzsche today sums it up pretty well.

I really enjoyed TAing. Not only did it come with awesome perks like free tuition, but I learned a lot about thinkers I would not normally read (or understand even if I did read.) I got to explore the texts with some awesome students (and other TAs.) And I truly got to learn from a great professor. (None of those people read this blog so I promise I’m not sucking up.)

But it was a lot of work. I was not like the other TAs. I am not getting a PhD in the subject. And while on some theoretical level, Plato, Kant, and Rousseau might relate to what I learn in law school, in reality the connection between them and Public Sector Law or Civil Procedure II feels much more tenuous.

But I had fun! I discovered community on campus at the Meiklejohn House, which I never expected. And I helped two other law students get jobs as TAs—so I grew the tribe. For all the days of panicked trying to understand Hobbes before walking into the room and leading discussion, I spent mornings laughing with the secretary and student workers in the office. Or chuckling over particularly egregious papers. Or eating at the food stall across the street. Or scheduling an extra video chat with a confused student.

It was fulfilling and actually a lot more fun than being a law student. But I’m also pretty convinced that I don’t want to become a professor. At least…not for a while.

Well, they’re all coming in now.

WHEN I HAVE NO TIME TO READ.

Because finals and all.

Fate’s End by Ilona Andrews and Vision in Silver by Anne Bishop and The Great Debate by Yuval Levin and The Flatshare by Beth O’Leary and Bringing Down the Duke by Evie Dunmore and Hard Times by Charles Dickens and Cry, The Beloved Country by Alan Paton.

All within the last 48 hours!

Even on a normal day, my taste in music can best be described as eclectic. And by eclectic I mean a combination of the Legally Blonde soundtrack, every Phineas and Ferb song ever, K pop bands popular 9 years ago, Lutheran hymns, the occasional Skillet song, polka music (that’s from my Grandma!), Taylor Swift covers, whatever Eurovision song my sister sent me most recently, and that one breakup song from High School Musical 2. (Seriously, nothing beats belting out Gotta Go My Own Way.)

But even so, my taste in music gets weird when I am under stress. I regress. You can tell where I am in finals week based on what music I am streaming on YouTube.

But thankfully, I am not there yet! I am only at Stage 1 today: the head space where I start playing random songs on repeat over and over again.

And it hasn’t so much been a song as a person: Caleb Hyles. I’ve followed him on YouTube for years but have never just listened to everything he made. He is even more eclectic than I am.

So in tribute to the fact that I listened to his music for 8 hours today while grading papers, here are a few of my favorites:

Have you seen the quarantine house memes? They tend to pop up on my favorite niche meme pages…like law school memes and Jane Austen memes. The premise is simple: pick a house!

I’d have to go with House #6 because Dorothy Parker. 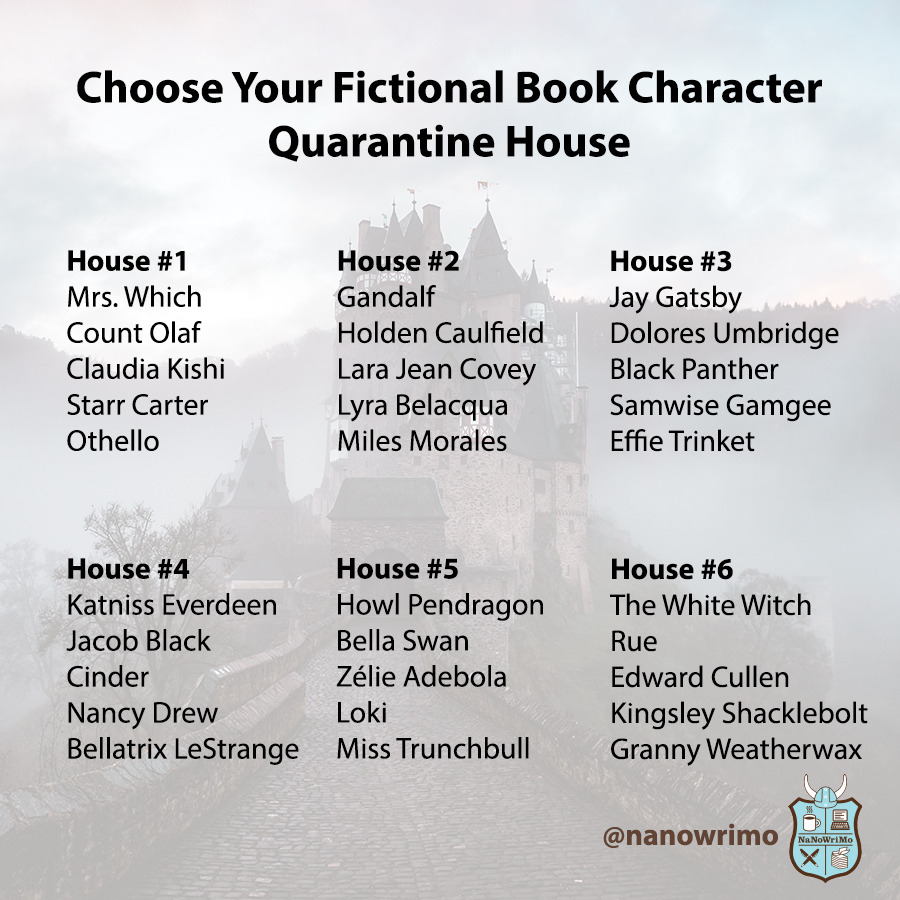 After much analysis….I have to go with House #4. House #5 close second because Howl. 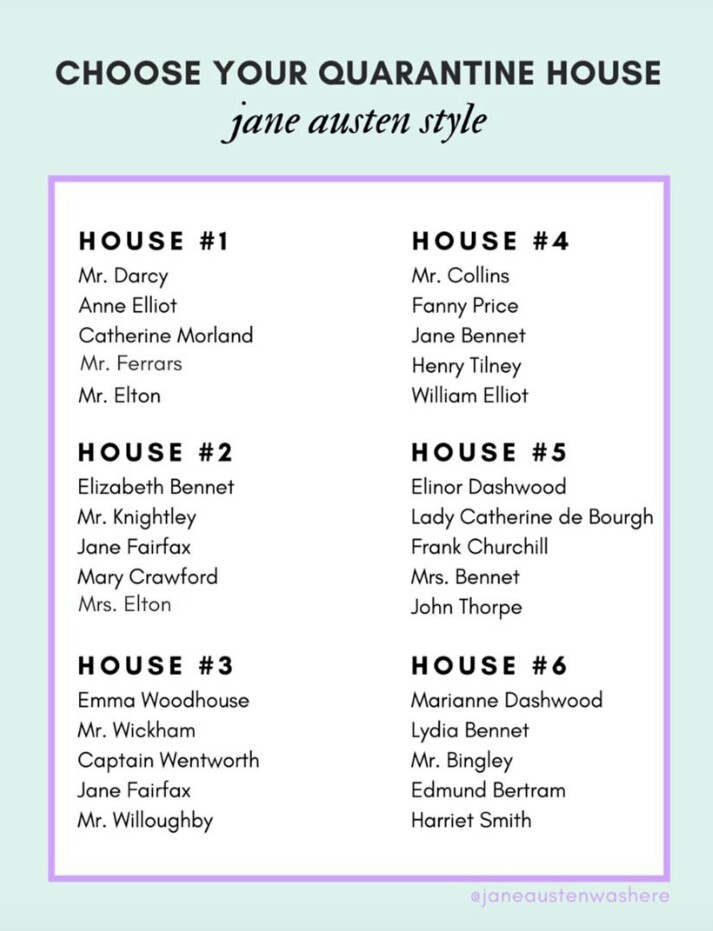 House #4 maybe? It would be highly entertaining.

Going to have to go with House #3. The combination will either find the cure to COVID-19 or spend the entire time on theoretical debates. Entertaining either way.

House #6. Someone has to keep Laura sane. 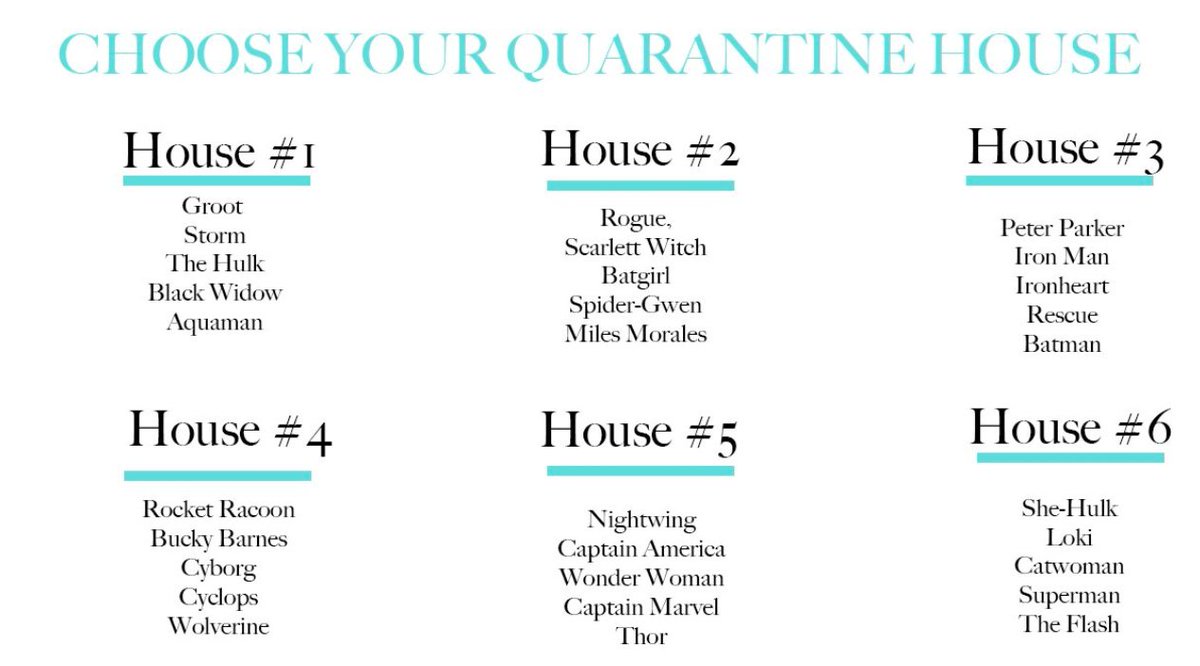 House #2. I like the idea of House #5, but seems kind of intense for being trapped in one place.

As my friend Kayla said, “That would be kinda awkward hanging out in houses with a bunch of dead guys.”

I lean House #6 but admittedly know little of dogs.

House #II for Justices Thomas and Frankfurter. I would go House III because Scalia but the Chief Justice would drive me crazy.